Alaska’s northern frontier and Arctic Ocean waters are teeming with species found in few other places, and many of them are now under threat from the oil industry and its enablers.

The Western Arctic Reserve and the Arctic National Wildlife Refuge provide critical denning areas for polar bears; support vast caribou herds; and are essential nesting grounds for thousands of bird species, including threatened eiders and yellow-billed loons. The sea ice of the Arctic Ocean is hunting and denning habitat for polar bears and a foraging platform for Pacific walrus and numerous Arctic ice seal species. Under the sea ice, endangered bowhead whales and other whale species live off the biological richness of the Arctic Ocean.

Nearly all Arctic species are at risk from climate change. But that’s not the only problem: In a drastically changing environment that’s heating up at more than twice the average global warming rate, Arctic species must now contend with dirty, industrial fossil fuel development. 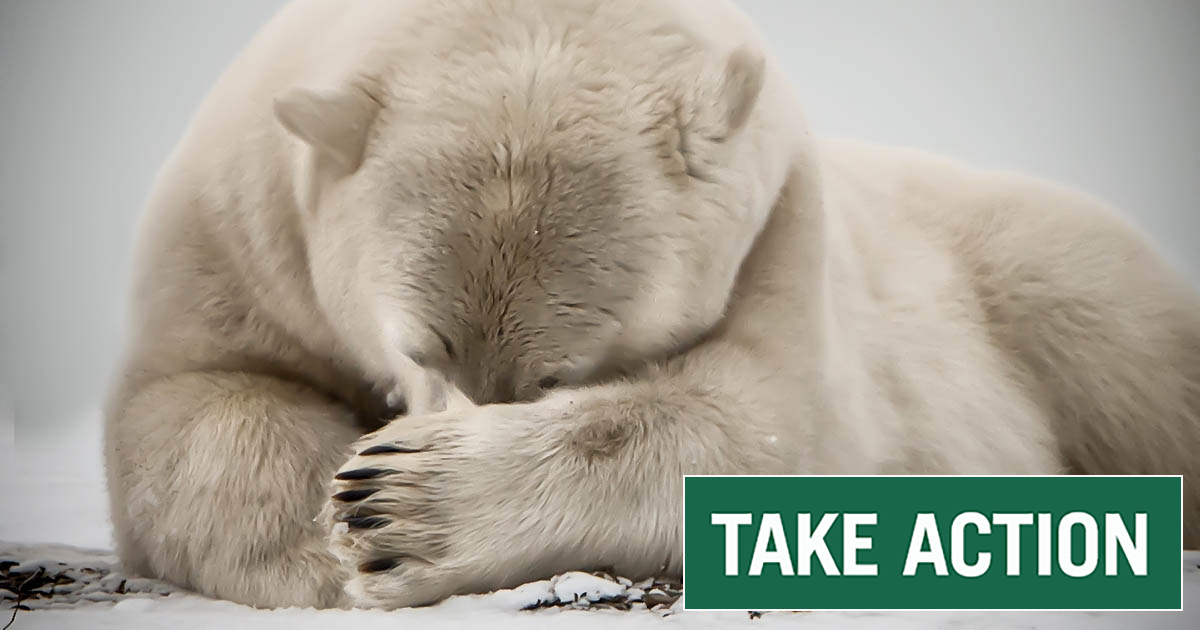 Over the past decade, the Center and allies have been very successful in blocking offshore-oil development in the Beaufort and Chukchi seas through lawsuits, political organizing and media work. We successfully challenged Shell Oil’s plans to drill several exploratory wells in the Chukchi and Beaufort seas, leading to the company’s decision to abandon the effort. Obama then cancelled planned leases sales in the region and subsequently permanently protected much of the Arctic from offshore drilling.

When the Trump administration first tried to drastically expand offshore leasing in the Arctic and other U.S. oceans, including by trying to undo Obama’s Arctic protections, we sued and we won. That victory upheld presidents’ authority to permanently remove oceans from the leasing plan and caused the administration to suspend its offshore-drilling expansion plans.

We also successfully challenged Trump’s approval of the controversial Liberty project in the Beaufort Sea and have sued over the expansion of drilling in Cook Inlet, home to a critically endangered population of beluga whales. Both those projects are being pushed by Hilcorp Alaska, whose terrible record on safety and regulatory compliance we’re working to publicize.

The Center and our allies continue to battle it out in court, while at the same time pressing for a permanent halt on offshore drilling in all U.S. waters, starting in Alaska. We’ll do everything we can to make sure the Trump administration doesn’t get to finalize its latest proposal to weaken offshore-drilling safety rules specially designed for Arctic.

In 2020 we filed two landmark lawsuits, under 24 hours apart, challenging the Trump administration's attempts to open vast areas of the precious Arctic to oil and gas. First we filed suit with allies to block a plan to open more than a million acres of the pristine Arctic National Wildlife Refuge — one of the world's most important wild places and habitat for polar bears, caribou and Arctic foxes — to oil and gas leasing. The next day we and our partners were in court again to challenge the administration's plan to lease more than 18 million acres of the Western Arctic Reserve — also  called the National Petroleum Reserve-Alaska — a wild Arctic landscape that deserves protection, not exploitation.

We’ve been working to save the Arctic National Wildlife Refuge since 2001, when we forced the Bush administration to release information about the impacts of Arctic Refuge oil drilling on polar bears. The oil industry continues to push for destructive drilling and sadly has convinced the Trump administration and congressional Republicans to open the area up to oil leasing, but we’re fighting to ensure it stays off limits to oil activity.
While the Arctic Refuge hasn't seen any drilling yet, the Western Arctic Reserve hasn't been so lucky. It is the largest roadless area in the United States, made up of more than 23 million mostly untouched acres — including Teshekpuk Lake, one of the country’s most important wetlands — and is home to numerous imperiled species, including spectacled and Steller's eiders, yellow-billed loons and polar bears. The Obama administration issued a plan protecting roughly half of the reserve from oil leasing, including Teshekpuk Lake.

But the Trump administration issued a new plan proposing to open up 18.7 million acres of the Arctic Reserve to oil and gas development in June 2020, including in long-protected sensitive habitat areas. Burning the recoverable oil in the region would release more than 1 billion tons of carbon pollution, the equivalent of running 300 coal-fired power plant for a year. Beyond our suit to challenge that plan, we'll continue to oppose any of the individual drilling projects it allows.