GIVE TODAY
The yello-billed loon is the rarest and least studied of the five loon species worldwide. 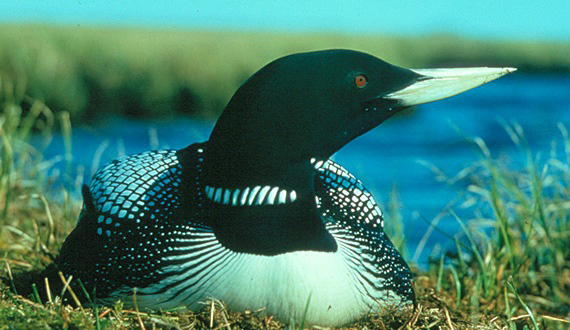 The yellow-billed loon is a born diver. Ungainly on land, the loon moves with grace and ease through the water, diving in an instant with its large feet propelling it toward the lakebed in search of fish. Inhabitant of the arctic reaches, this timid bird likes its privacy. But a legion of human-caused threats, including oil and gas drilling in its Alaskan breeding ground, threaten both its solitude and its survival.

Population numbers for the yellow-billed loon are low and extremely vulnerable. Most of the Alaskan breeding population — and 18 percent of the global population — lives within the National Petroleum Reserve-Alaska. In January 2004, the Bush administration opened nearly 9 million acres of the northwest portion of the reserve to oil and gas development.

That same year, on behalf of four U.S.-based conservation organizations and seven Russian partners, the Center filed a citizen petition to list the yellow-billed loon under the Endangered Species Act. The yellow-billed loon is protected under the Migratory Bird Treaty Act in the Unites States and in Canada under the Migratory Birds Convention Act, but these fail to provide substantial protections from habitat destruction, global warming, oil spills, irresponsible fishing practices and other threats.

In March 2009, after much delay by the Fish and Wildlife Service and a Center lawsuit, the Service finally concluded that the loon indeed warrants Endangered Species Act protections — but merely made the loon a “candidate” for listing. So we persevered, and in 2011 reached an agreement with the Service requiring a loon listing proposal by 2014 — along with promises for listing decisions on 756 other species.

DETRITUS
Download a loon ringtone for your cell phone