GIVE TODAY
Golden sedge benefits from occasional wildfires, which keep shrubs from dominating its habitat. 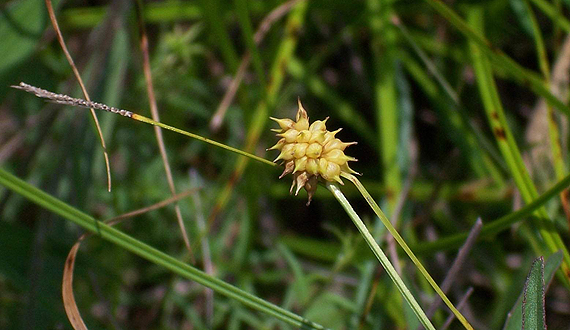 North Carolina's golden sedge is specially adapted to inhabit an uncommon ecosystem on the Atlantic coastal plain boasting both open conditions and calcareous soil deposits — a tough ecological niche. Richard LeBlond, who officially discovered the plant back in 1991, described its North Carolina habitat as part of “a small archipelago of phytogeographic islands” that form a refuge for a number of rare and unique plant species — all known from less than a dozen sites worldwide. But of these plants, the golden sedge is one of the rarest.

The U.S. Fish and Wildlife Service made the golden sedge a candidate for listing under the Endangered Species Act in 1998 and proposed to list it as endangered in 1999. But it wasn't until 2002, after the Center and allies reached a legal agreement with the Service to expedite protection of the sedge and 28 other imperiled species, that the plant achieved endangered status. Even at that point, the agency declined to designate critical habitat with the inadequate excuse that this would “increase of vulnerability of the species to collection.” In 2007 the Center filed suit to pressure the Service to designate critical habitat for the plant, and finally, in 2011, the agency protected 202 acres.

Of the mere eight wild golden sedge populations known to exist in North Carolina, seven grow on privately owned — that is, unprotected — land. One population is on a roadside, and at least one is a on a powerline right-of-way. All known sites have been damaged to some degree by ditching and drainage, mining, logging, road building, bulldozing, or right-of-way maintenance. Needless to say, the golden sedge needs federally protected land in order to recover.

MEDIA
Press releases
Search our newsroom for the golden sedge