The San Jacinto Valley crownscale sequesters soil salts into its shiny surface glands, which make the plant glow in the sun. 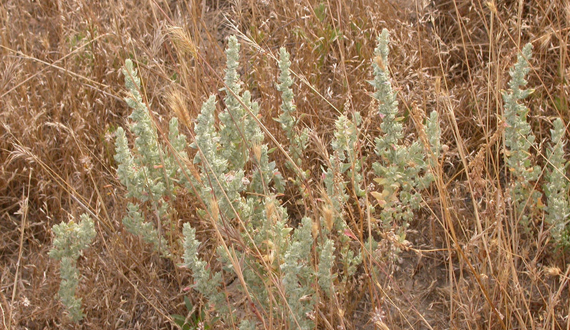 Most would admit that the San Jacinto Valley crownscale won't be winning any beauty contests. A small, scrubby plant with a tangle of grayish leaves, its distinct beauty lies in its ability to sequester soil salts into its shiny surface glands, which make the plant glow in the sun. But this plant's outlook grows dimmer with each passing season as it's threatened by continual reduction of its natural habitat, which is relatively flat and in prime development areas.

Since the San Jacinto Valley crownscale was added to the endangered species list in 1998, the U.S. Fish and Wildlife Service has refused to designate critical habitat for the plant or implement a recovery plan. Even after the Center filed suit over the issue, in 2005 the Service ultimately decided not to protect a single acre of crownscale habitat — thanks to the science-tainting political influence of disgraced former Interior official Julie McDonald, under whose tenure at least 54 other wrongful decisions favored industry over species conservation. In 2007 the Center filed a notice of intent to sue the Bush administration for its failure to properly protect the San Jacinto Valley crownscale and other species, and the next year we sued over the administration's failure to federally protect a single acre of land for this unique California native.