Flowers bloom between June and September when many other desert mountain plants have gone dormant. 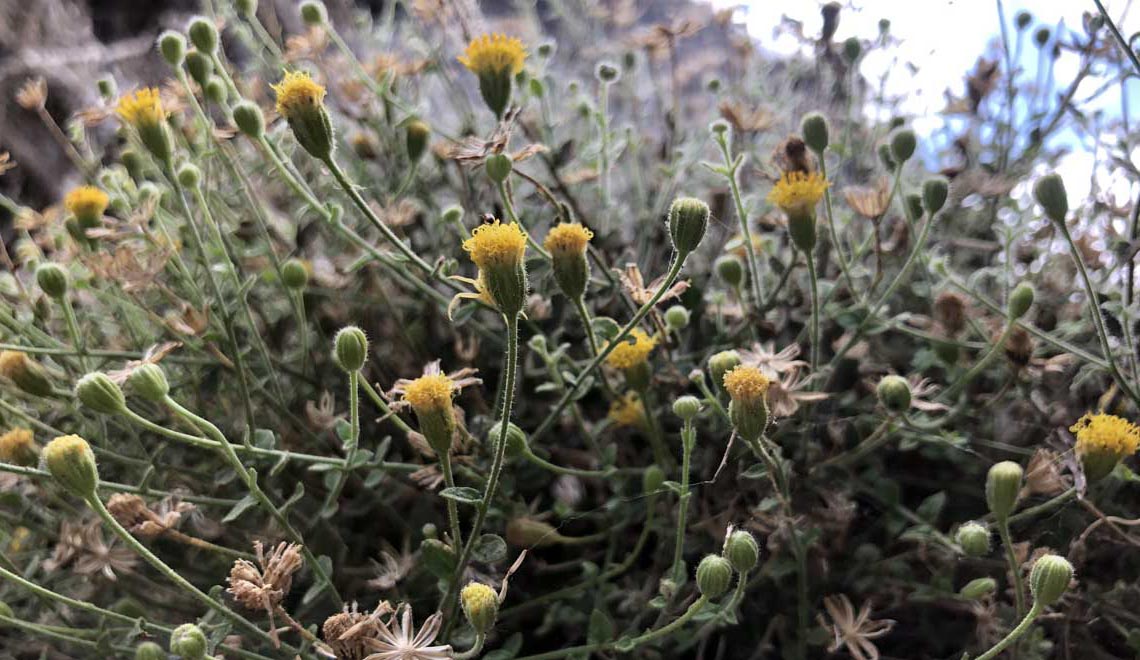 The Inyo rock daisy has just one home: a swath of calcareous rock outcrops in California’s southern Inyo Mountains. This plant has quietly persisted through the difficulties of living on a desert mountaintop: hot summers, freezing winters and frequent droughts.

Unfortunately the species is facing a new challenge it’s unlikely to overcome without help — mining companies have found evidence of a large gold deposit in its home. If commercially viable quantities of gold are found, the area could be developed into a large open-pit mine, which would permanently destroy the core of the Inyo rock daisy’s habitat. Without legal safeguards, this beautiful little plant is in deep trouble.

Check out our press releases for the latest on our fight to save the Inyo rock daisy.

• Flowers bloom between June and September, when many other desert mountain plants have gone dormant.