Vaquitas surface to breathe for only three seconds every couple of minutes. 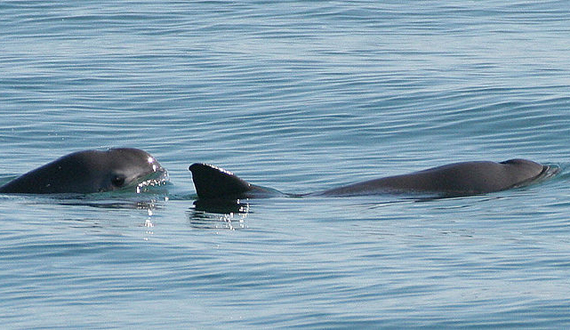 In 2020 we filed a lawsuit the United States in 2020 to force the United States, under a U.S. law called the Pelly Amendment, for trade sanctions against Mexico over illegal fishing. This could include a ban on shrimp imports from Mexico — if the country doesn't crack down on the criminal totoaba trade threatening vaquitas. This was after we got no response to our petition for sanctions in 2014 petition.

In 2017 with the vaquita population having declined by 90 percent over the last five years, the Center and allies petitioned the U.S. National Marine Fisheries Service to ban imports of seafood caught with gillnets in Mexico's Upper Gulf of California.

Still vaquitas have continued to decline at an alarming rate. The pressure is on both the United States and Mexico to save this tiny cetacean from disappearing forever.

2020 lawsuit over U.S. refusal to institute sanctions
2017 petition to U.S. to ban imports of seafood caught with gillnets Upper Gulf of California
2015 petition to include the islands and protected areas of the Gulf as "in danger"
2014 Pelly Amendment petition
1985 federal Endangered Species Act listing