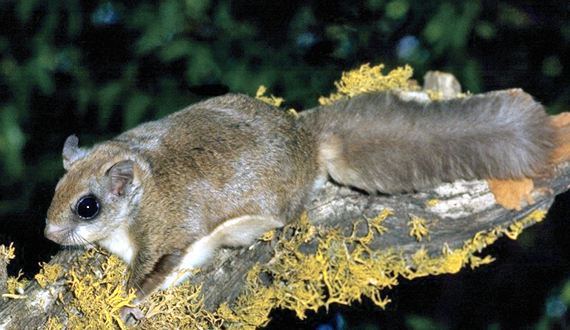 With built-in parachutes in the form of wing-like flaps of skin stretching from leg to leg, West Virginia northern flying squirrels glide among the trees in the mountains of Appalachia. Flying squirrels are the oldest living line of modern squirrels on the planet, having first appeared 30 million years ago. At home in the forest canopy and on the ground, these dexterous, social and strictly nocturnal critters have become a signature species of the West Virginia highlands.

Despite dire projections from climate change models predicting the complete disappearance of the West Virginia northern flying squirrels' habitat, the U.S. Fish and Wildlife Service removed all protections afforded to the species by the Endangered Species Act in 2008 — even though Service biologists have admitted that the squirrels are found irregularly and at low densities, and scientific experts have questioned if the squirrel has really rebounded to the point of no longer needing protection. With little evidence supporting claims that the squirrel has recovered, and with backing from the timber industry, the Service ignored the best available science and took action anyway.

After the Center and allies filed suit to save this poster critter of West Virginia's mountaintop forests, in 2011 a judge reinstated endangered status for the squirrel, holding that the Service had violated the Endangered Species Act by not following its own recovery plan for the species in its decision to remove protection for the rare animal. The same year, the Service officially announced that the squirrel was back on the endangered species list.

In 2019, after the Center and allies formally objected, The U.S. Forest Service withdrew a 2,400-acre logging project in this squirrel's habitat in West Virginia’s Monongahela National Forest — also home to federally protected Indiana and northern long-eared bats, plus the rare candy darter.