Shrews have the highest brain-to-body mass of all known vertebrates. 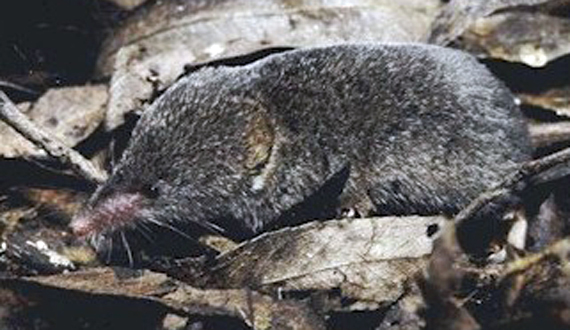 With a voracious appetite for insects, a long snout, and beady little eyes, the Buena Vista Lake ornate shrew is one intriguing mammal. Today, 95 percent of its former one-million-acre wetland and riverine habitat in the southern Tulare Basin is lost, and by 2002, fewer than 30 of the shrews were believed to remain on Earth.

In 1988 an effort was mounted to save this tiny mammal when the Interfaith Council for the Protection of Animals and Nature petitioned the U.S. Fish and Wildlife Service to list the shrew as an endangered species. But despite an initial finding that the animal might warrant federal protection, the Service left the shrew hanging as its habitat dwindled. Rather than processing that petition and issuing a final decision on protection by 1990 — as required by the Endangered Species Act — the Service made the shrew a “candidate” for protection, and a listing proposal was delayed until 2000.

The next spring, with a final protection rule nowhere in sight, the Center, California Native Plant Society and Southern Appalachian Biodiversity Project approached the Department of the Interior with a plan to protect the shrew and 28 other imperiled species. In August the agreement was finalized, and the shrew was deemed endangered in 2002.

Beginning that year, the Center defended the shrew against agribusiness interests, twice derailing legal challenges to the species' listing. In one case, we not only upheld the shrew's protections but also obtained a judge's order to designate protected habitat. Unfortunately the 2005 critical habitat designation included only 84 of the 4,649 acres originally proposed. Challenging the size of that critical habitat was part of a 55-species legal action we brought in 2007, and the next year we sued to force the Fish and Wildlife Service to grant the shrew all the federally protected habitat it needs. Although the agency's final critical habitat designation in 2013 was only half of what it proposed the year before, it was larger than the original designation, protecting six areas on the floor of the Central Valley in Kern and Kings counties, California.