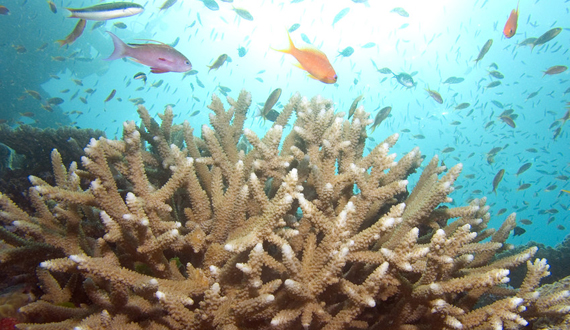 Thanks to a scientific petition the Center submitted, elkhorn and staghorn corals gained federal legal protection in 2006, becoming the first species to be listed under the Endangered Species Act because of vulnerability to global warming. In October 2008, the National Marine Fisheries Service passed a rule prohibiting all activities that might harm the corals or their habitat. In 2012, the National Marine Fisheries Service proposed to upgrade the coral's Endangered Species Act status from "threatened" to "endangered." And now, thanks to a lawsuit filed by the Center, elkhorn and staghorn corals also have almost 3,000 square miles of protected habitat. Unfortunately, the Fisheries Service included a giant loophole in its critical habitat rule disregarding the threats of global warming and ocean acidification — so we're preparing to sue again. We've also sued to protect these delicate corals from the overfishing of fish that eat marine algae — fish whose activities sustain entire reef ecosystems — as well as to obtain a proposed recovery plan in 2013.