Adult razorback suckers have a sharp-edged keel or "humpback." 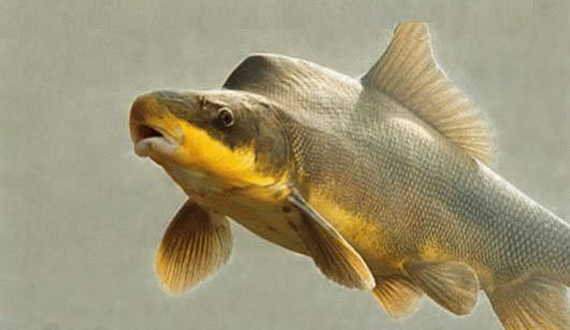 The razorback sucker is a large, warm-water fish native to the Colorado River basin. Construction of more than a dozen dams throughout the lower basin has left little natural habitat for the fish and has blocked important spawning areas as the dams de-water rivers and change flooding cycles. Once common throughout the river basin, the sucker is now reduced to less than a quarter of its former range and rare in most areas. There has been little successful natural recruitment of razorback suckers in several decades, and the remaining fragmented wild populations are in serious jeopardy.

The Center has long led efforts to protect sucker habitat and restore important desert rivers. Our successful campaign to protect and begin to restore Fossil Creek, a tributary of the Gila River, may offer a glimmer of hope for the razorback sucker and other native fish; it led to the decommissioning of a diversion dam and environmentally destructive power plants that depleted Fossil Creek water, and we've also reined in excessive livestock grazing that degraded water quality there. Recent efforts have begun to reintroduce native fish to the creek, which contains suitable habitat for the sucker.

The Center has challenged proposed coal-fired power plants in the Southwest that would divert more water from rivers inhabited by the sucker, discharge toxins such as mercury and selenium into sucker habitat, and contribute to climate change that's drying up southwestern rivers. We're opposing proposed uranium mining and nuclear power plants in the Colorado basin that would divert water from streams inhabited by the sucker and contaminate groundwater. We sued over Glen Canyon Dam operations to force more natural flows in the Colorado River, and we've protected hundreds of miles of riparian habitat along desert streams that harbor the sucker, challenging numerous grazing leases on Southwest national-forest lands adjacent to sucker habitat.

Our campaign to get endocrine-disrupting poisons out of our waterways and ecosystems also benefits the sucker. In 2009 we requested that Nevada add contaminated areas around Lake Mead — where a small number of razorback suckers remain — to that state's list of impaired waters due to pollution by endocrine disruptors, and we're pushing the state to establish and enforce limits on its chemical discharge.

MEDIA
Press releases
Search our newsroom for the razorback sucker