In medieval Europe, goshawks were the most prized of all falconry hawks. 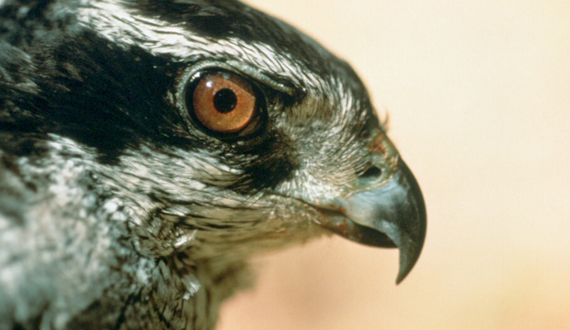 An agile and swift predator with unnerving red eyes, the northern goshawk is legendary for its ferocity, beauty and amazing flight skills; in medieval Europe, goshawks were the most prized of all falconry hawks. Darting through trees beneath the forest canopy, they're top-level predators. But as mature and old-growth forests suffer death by a thousand cuts, so do goshawks. In turn, their decline unravels forest ecosystems and puts stress on other species.

To save the goshawk and the forests it depends on, the Center launched an ambitious campaign to list the northern goshawk as endangered and in so doing, to protect all mature forests from Alaska to Mexico. Failure spelled success: Although the U.S. Fish and Wildlife Service kept the goshawk off the endangered list — despite two Center petitions and several lawsuits — our campaign compelled the U.S. Forest Service to dramatically improve protection of mature and old-growth forests across the West. New goshawk management plans were established in Arizona, New Mexico, Utah, Colorado, California, Oregon and Washington. The Center has conducted scientific research on goshawks and between 1999 and 2001 published an online review of goshawk research and conservation issues.

Though the northern goshawk and its habitat remain unprotected by the U.S. Endangered Species Act, in August 2008 at least some of the bird 's habitat got a break when the Cococino National Forest issued a decision to abandon new “goshawk guidelines” that would have sharply increased large-tree logging in the goshawk's home throughout national forests in Arizona and New Mexico. The management guidelines, introduced in 2007, were a rewrite of 1996 standards — created in response to a Center lawsuit — that regulated logging intensity. Thanks to strong objections by the Center and allies, the Cococino National Forest declined to implement the guidelines in the Jack Smith timber sale near Flagstaff, by extent making them illegal to use anywhere else.

Unfortunately, the Forest Service later decided to illegally interpret forest-plan standards and move forward with the Jacob Ryan timber sale in Arizona's Kaibab National Forest, threatening habitat for the largest breeding goshawk population in the lower 48 states. The Center appealed that decision in March 2009, and two months later the timber-sale plan was halted — but was revived again in October of that year. Then in 2012, the Forest released a rule allowing off-road vehicles on thousands of acres of Kaibab habitat, including for the goshawk. As is clearly needed, the Center continues to watchdog the wellbeing of this watchful-eyed raptor in the face of all that threatens it.

MEDIA
Press releases
Search our newsroom for the northern goshawk