Emperors are the largest of all penguins. 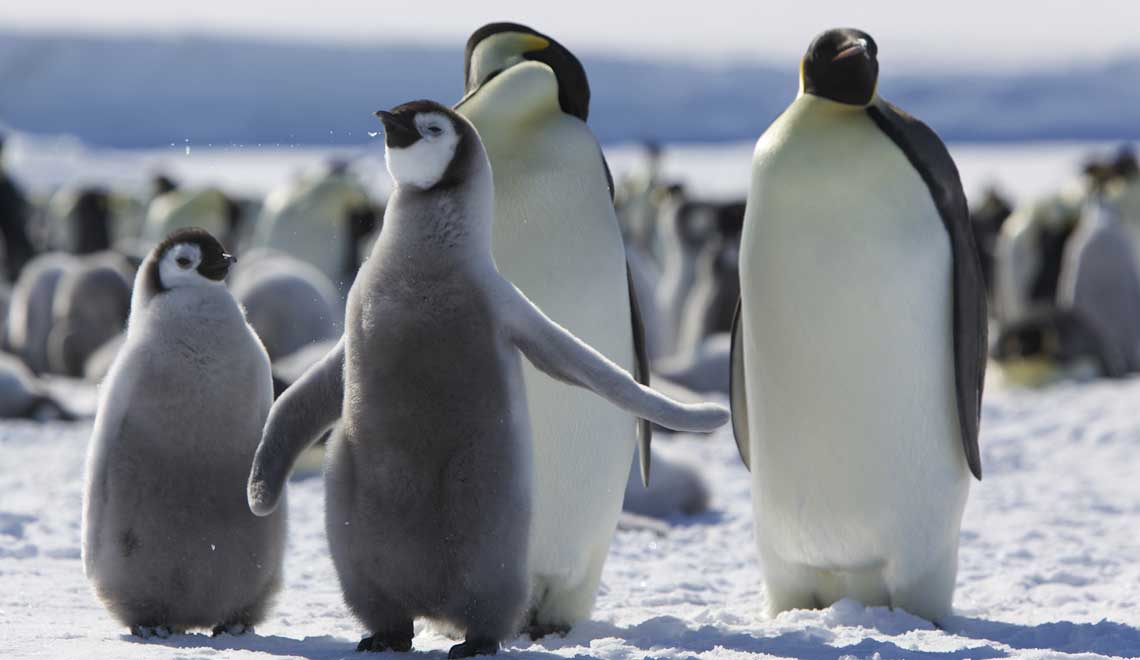 Like polar bears on the opposite pole, emperor penguins endure unfathomable hardships to breed and nurture each new generation — fasting for months through the planet's harshest winter. If their onshore waddle doesn't exactly exude nobility, their remarkable underwater grace surely does.

These extraordinary birds, the largest of all penguins, face extraordinary pressures. Most ominously, the rapid acceleration of global warming is causing profound changes in the Antarctic ecosystem and affecting them in diverse ways — melting the sea ice they need for raising their chicks, reducing populations of prey species, and causing ice shelves to collapse. These penguins are also threatened by industrial fisheries and ocean acidification, which further reduce prey availability.

Determined to keep global warming from finally tipping the odds too heavily against emperor penguins’ survival, the Center petitioned back in 2006 to gain Endangered Species Act protection for this and 11 of the other most imperiled penguin species. Finally, after another Center petition, in 2022 the U.S. Fish and Wildlife Service protected emperors under the Endangered Species Act.

Check out our press releases to learn about the Center's actions for emperor penguins.