Finally, after 23 years and extensive Center legal involvement, in 2013 the U.S. Fish and Wildlife Service listed the brown-banded antpitta as endangered. 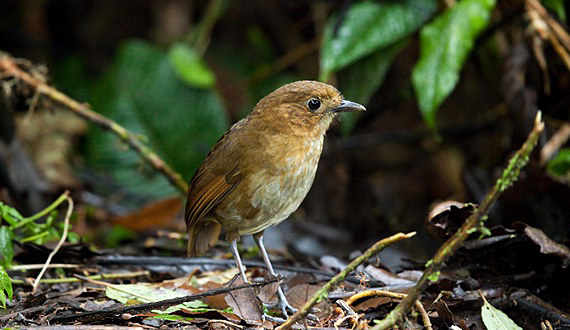 The brown-banded antpitta, like other antpittas, is a secretive bird with a low population density and high habitat specificity — a nearly flightless, ground-dwelling species found only in the Neotropics. This antpitta, endemic to the Central Andes of Colombia, has been severely harmed by a rapid increase in deforestation due to agriculture and human encroachment. In 1992, researchers considered this incredible bird to be locally extinct, if not extinct throughout its range. Although it was rediscovered in 1994, the brown-banded antpitta has been eliminated from Laguneta in the central Andes due to extensive deforestation.

MEDIA
Press releases
Search our newsroom for the brown-banded antpitta