The Chilean woodstar is about the size of a moth. 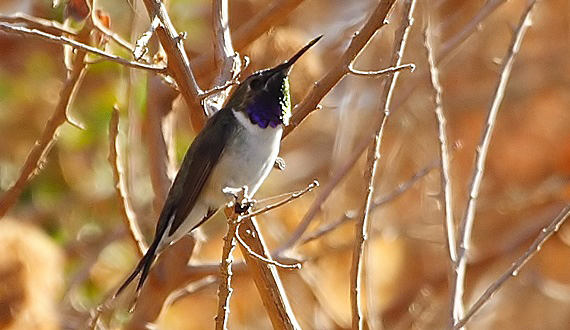 The tiny, beautiful Chilean woodstar is a hummingbird endemic to Chile and Peru. While it has always had a limited population distribution, it was once locally abundant. The 1970s marked a steep decline for the species due to both habitat loss and potential poisoning by Dimethoate, a potent insecticide used to control Mediterranean fruit flies. Pesticides are still being used in the habitat of this hummingbird and continue to affect its reproduction.

In 1980 the International Council for Bird Preservation petitioned the U.S. Fish and Wildlife Service to list the Chilean woodstar under the Endangered Species Act. Finally, after 30 years and extensive Center legal involvement, in 2010 the Service announced it would grant the little bird the federal safeguards it needs.

MEDIA
Press releases
Search our newsroom for the Chilean woodstar