Flatwoods salamanders lay their eggs in dry wetland basins in late fall, and hatching is triggered when rains inundate the wetlands. 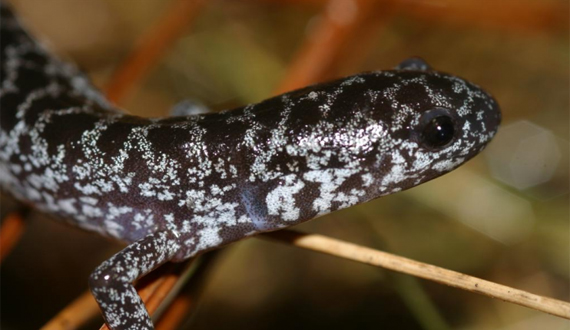 Flatwoods salamanders get their name from their native habitat of longleaf pine wiregrass flatwoods — now extremely rare — in the lower Southeastern Coastal Plain of the United States. Only about 3 percent of this habitat remains, with the rest lost to development, agriculture and silviculture. Fire suppression has also made much of this landscape uninhabitable for these salamanders, and even where controlled burns are used they're often conducted during the wrong season. These salamanders spend most of their lives underground, in crayfish burrows, root channels or burrows of their own making. They emerge in the late fall to migrate to small, isolated seasonal wetlands, where they lay their eggs in the dry wetland basin. Once winter rains fill the wetlands, the eggs hatch.

Neither species of flatwoods salamander has a recovery plan, the main tool for identifying actions necessary to save endangered species from extinction and eventually remove their protection under the Endangered Species Act. Research by the Center shows that species with dedicated recovery plans for two or more years are far more likely to be on a recovery trajectory than those without. After the Center and allies launched a lawsuit against the Service, the agency agreed to develop recovery plans for both salamanders by July 2019.

When the Service still hasn't developed recovery plans for either of these species in summer 2020, the Center and Healthy Gulf just filed another notice of intent to sue. The recovery plans are about 20 years overdue.