During hibernation, Yosemite toads are buried in the snow for six to eight months. 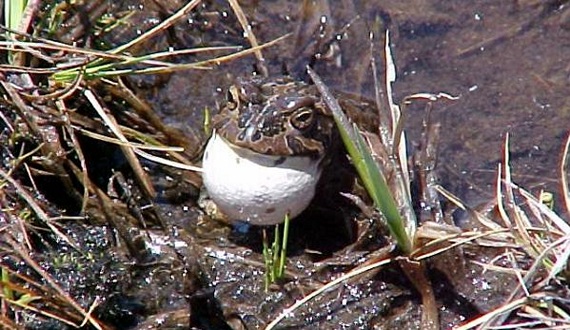 The colorful Yosemite toad was once one of the most common high-elevation Sierra amphibians. Active for only four to five months per year, it has just a short time in which to reproduce and eat enough to survive the long season of hibernation under the snow. The number of Yosemite toads has now declined precipitously throughout the Sierra Nevada, particularly in Yosemite National Park, where the toad was first discovered and after which it's named.

The Act — which protects this toad — also needs protection.

After entire populations of Yosemite toads were seen to have collapsed — even in Yosemite National Park, thought to be the species' most pristine and protected stronghold — the Center petitioned for Endangered Species Act protection for this vanishing high-elevation amphibian in 2000. After some federal footdragging and more Center action, in 2011 we reached a historic agreement with the Service to push forward protection decisions for this and 756 other species. Finally, in 2014, the U.S. Fish and Wildlife Service protected Yosemite toads and Sierra Nevada yellow-legged frogs. The previous year the Service had proposedmore than 2 million acres of critical habitat across the Sierra Nevada mountains.

In 2016 the Center filed a notice of intent to sue the U.S. Forest Service for authorizing livestock grazing on the Humboldt-Toiyabe National Forest without considering the potential impacts to Yosemite toads and Sierra Nevada yellow-legged frogs.

The Yosemite toad is susceptible to pesticides that drift from the Central Valley into the high Sierras, which act as environmental stressors that render amphibians more susceptible to aquatic pathogens. Through our Pesticides Reduction Campaign, the Center is working to reduce pesticide use and force the Environmental Protection Agency to protect endangered species from toxic pesticides.

MEDIA
Press releases
Search our newsroom for the Yosemite toad