For the past century a federal program called Wildlife Services, part of the U.S. Department of Agriculture, has been slaughtering wildlife deemed “undesirable” by agribusiness. They’re usually animals like wolves, coyotes, beavers and bears, but the program also kills creatures it doesn’t mean to — like family dogs and endangered wildlife.

M-44s, or “cyanide bombs,” are one of the most horrifying methods the program uses for its indiscriminate killing. These inhumane traps spray sodium cyanide into the faces of unsuspecting wildlife lured by a sweet, scented bait. Any creature — or person — who pulls on the baited trigger can suffer tortuous poisoning followed by a slow, agonizing death or severe injury. 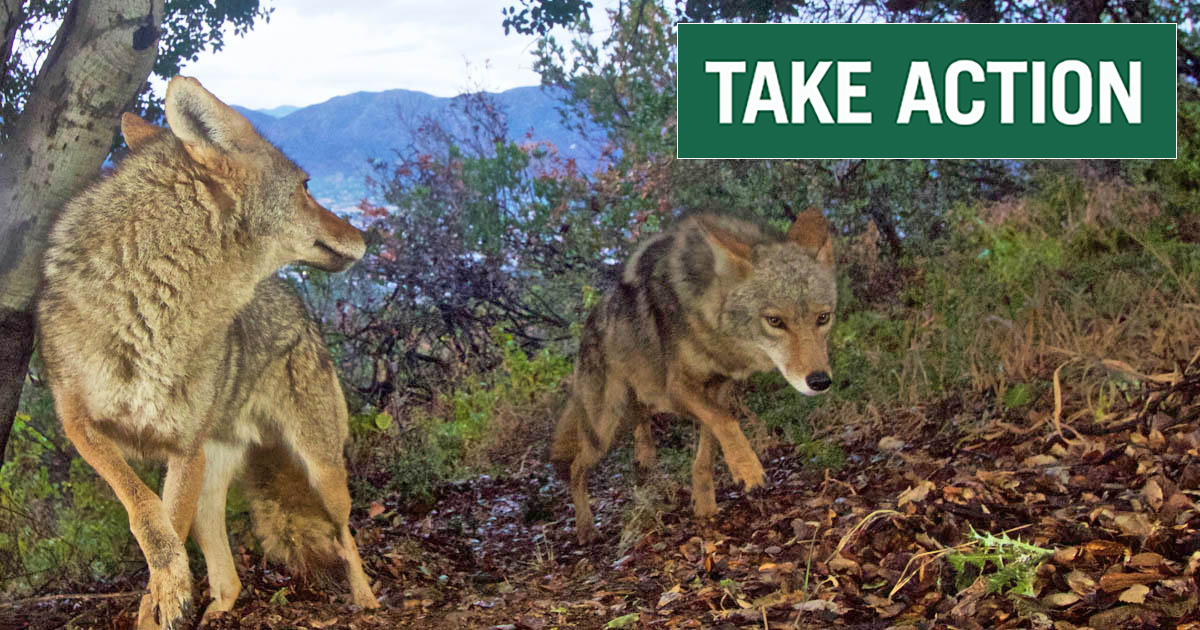 Tell the EPA to protect wildlife and ban the use of sodium cyanide in M-44s.

According its own data, in 2018 Wildlife Services used M-44s to kill 6,579 animals. The victims were mostly coyotes and foxes, but more than 200 were nontarget animals, including a bear, foxes, opossums, raccoons and skunks.

In 2017 M-44s temporarily blinded a child and killed three family dogs in two incidents in Idaho and Wyoming. A wolf was also accidentally killed by an M-44 in Oregon that year. In response, Idaho banned M-44s on public lands, and in 2019 Oregon banned them throughout the state.

After a 2017 lawsuit by the Center and allies, the U.S. Fish and Wildlife Service agreed to analyze how M-44s impact endangered wildlife by the end of 2021. Another 2017 suit prompted Wildlife Services in Colorado to temporarily halt the use of M-44s while completing a new environmental analysis of its wildlife-killing program.

As part of an agreement won through a lawsuit by the Center and allies, in 2019 a federal court approved a ban on M-44 use by Wildlife Services across more than 10 million acres of public land in Wyoming.

In 2020 we finalized another agreement banning M-44s statewide in Idaho, along with measures to help protect wolves from snares and federal killing on public land.

Unfortunately the Environmental Protection Agency won’t stop approving these cruel, unnecessary cyanide traps. The agency denied our 2017 petition for a nationwide ban on M-44s, reauthorizing them in 2019 despite their outrageous death toll. The EPA also allows M-44 use by state agencies in South Dakota, Montana, Wyoming, New Mexico and Texas. Responding to pressure from the Center and other wildlife advocates, the agency did pass some restrictions — but the deaths continue.

The Center won’t stop fighting until M-44s are outlawed. And we have the public behind us: More than 99.9% of people commenting on a 2019 proposal asked the EPA to ban M-44s, according to our analysis.

You can help by signing this petition and sharing it widely.

Help us save thousands of animals from M-44 cyanide bombs.