GIVE TODAY
The Mojave fringe-toed lizard has a countersunk lower jaw, overlapping eyelids, earflaps and valve-like nostrils, all to keep sand out. 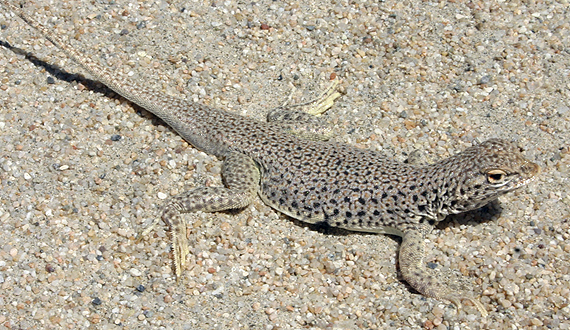 RANGE: The Mojave and Sonoran deserts of southern California and extending into a small area of western Arizona