GIVE TODAY
The willowy monardella makes its home in sandy, dry washes in the company of coyote bush, sagebrush and coast live oaks. 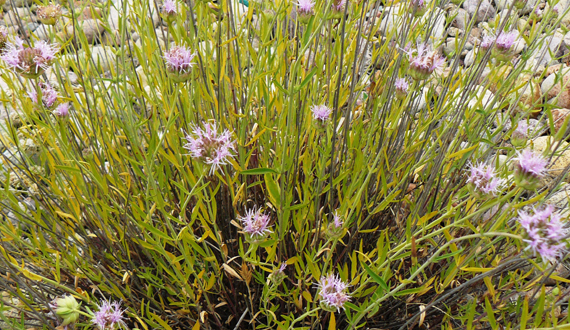 A perennial plant with delicate flowers that sit atop a sphere of softly spiky green bracts, the willowy monardella makes its home in sandy, dry washes in the company of coyote bush, sagebrush, and coast live oaks. Besides the frequent fires associated with its Southern California locale, this imperiled member of the mint family is besieged by urban development, mining activity, stream erosion, and both four-wheeled and two-footed trampling.

Though the willowy monardella was listed as an endangered species in 1998, the U.S. Fish and Wildlife Service refused to set aside critical habitat for the plant as one of a series of disastrous decisions influenced by disgraced former Deputy Assistant Secretary of the Interior Julie MacDonald. When a lawsuit by the California Native Plant Society forced the Service to designate critical habitat in 2006, a paltry 73 acres were protected — less than 3 percent of the 2,539 acres of land identified to be essential for the conservation of this charismatic plant.

In 2007, to right the wrongs committed by MacDonald and the Bush administration, the Center filed a notice of intent to sue on behalf of 55 species — including the willowy monardella — whose Endangered Species Act protections were weakened or denied due to political corruption. In January 2009 we filed suit on behalf of the willowy monardella, and we'll keep pushing to restore protections to the dozens of other species who got the short end of the stick on MacDonald's watch.

MEDIA
Press releases
Search our newsroom for the willowy monardella