GIVE TODAY
This thistle is confined to wet habitats within a 150-square-mile area near Cloudcroft in Otero County, New Mexico. 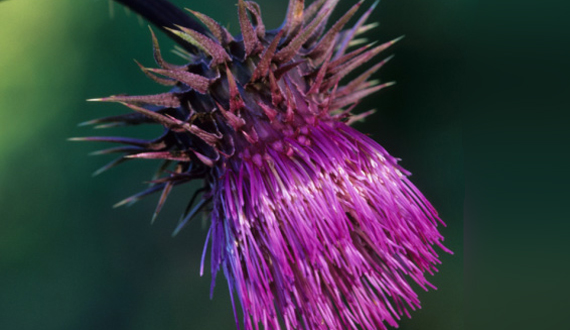 The Sacramento Mountains thistle is a rare purple flower than can grow to be six feet tall and lives only in wet, high-elevation habitats in the Sacramento Mountains near the town of Cloudcroft, New Mexico. Two of the greatest threats to this plant's survival are livestock grazing and decreasing water availability, as drought and climate change wreak havoc on the arid Southwest's precious wetlands.

This thistle was placed on the endangered species list in 1987 due to severe threats from cattle grazing in its habitat on the Lincoln National Forest, home to 95 percent of its populations. After the Forest Service built “exclosures” to keep cattle away from some populations, in 2004 and 2007 the Otero County Board of Commissioners petitioned to remove the plant's Endangered Species Act status, claiming that the exclosures adequately protected the plant — which was not the case. In fact, most of the plants still occur outside exclosures, the exclosures have been illegally used to hold cattle, and all the plant's habitat is extensively overgrazed. In 2008, the Center filed comments informing the U.S. Fish and Wildlife Service of these critical facts, and two years later the Service agreed with us that this plant still merits federal protection, announcing the thistle will remain on the endangered species list. The Center is still working to alleviate grazing pressure on this and other rare plants in our Southwest national forests.