GIVE TODAY
The name "milk vetch" can be traced back to the 1500s, when European farmers believed the plant increased the milk yield of their goats. 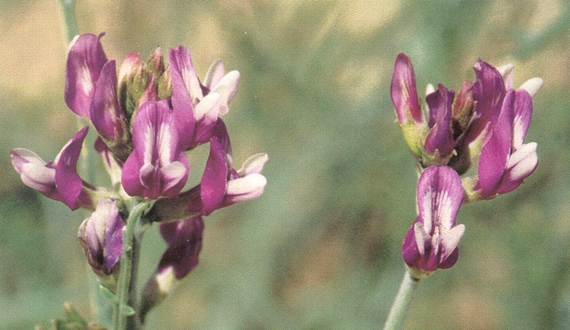 With its oversized seeds and small leaves, Peirson's milk vetch is well adapted for survival in the harsh conditions of blowing sand dunes. Large seeds ensure that germinated seedlings have enough nutrients to establish and survive, while small leaves conserve moisture in the dry desert heat. The plant grows only within a narrow corridor of California's Algodones Dunes, where daytime temperatures often exceed 110 degrees Fahrenheit and annual precipitation rarely tops a scant 2.5 inches. Algodones is also the high-profile location of off-road vehicle rallies so massive — gathering as many as 150,000 people in a single weekend — that they back up freeway traffic halfway to L.A. And unfortunately for the milk vetch, off-road vehicle use is only increasing in its sand-dune home.

In 2000, the Center won a landmark legal settlement in which 48,000 acres of the Algodones Dunes were closed to off-road vehicle use; in 2001, an additional 1,000 acres were closed to off-roaders. And in 2006, the court sided with the Center and its allies in ruling to maintain current protections for the Peirson's milk vetch on the Dunes. This important decision ensured that large tracts of sensitive habitat areas would remain protected from off-road vehicle damage.

Unfortunately, in January 2008, the U.S. Fish and Wildlife Service drastically cut the species' federally protected habitat to an area declared by scientists to be woefully inadequate for the plant's recovery. A year later, the Center filed suit to make sure that political interference in science doesn't keep the plant and its habitat from getting the protections they deserve.