GIVE TODAY
Boat propellers damage and fragment seagrass beds, restricting the movement of marine mammals and creating barren areas where species once flourished. 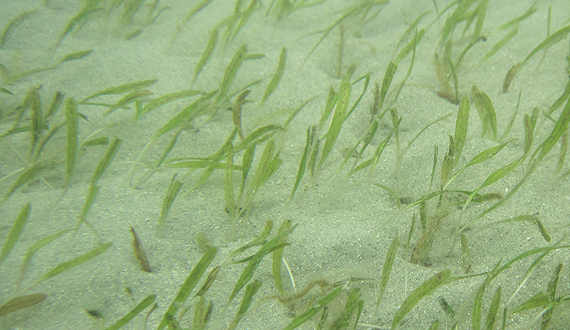 The creeping rhizomes of Johnson's seagrass can be found throughout a patchwork of lagoons in southeastern Florida. This miniature grass provides a refuge for small marine animals and a nursery for the young. Large herbivores, like the green sea turtle and Florida manatee, frequently feed on Johnson's seagrass leaves. Seagrass meadows, though often overlooked, provide an important link to the many communities that comprise the aquatic web of life.

In 1998, Johnson's seagrass was granted protection as a threatened species under the Endangered Species Act after the Biodiversity Legal Foundation (later absorbed by the Center) petitioned and litigated for its protection. Critical habitat for this imperiled marine plant was designated just two years later.

Seagrasses are a valuable part of Florida's marine ecosystems, but today they're being destroyed at alarming rates. Dredge-and-fill projects degrade water quality, bury plants, and redistribute sediments. Careless boating activity, propeller scarring, anchoring, and mooring leave broken root systems and an unstable substrate in their wake. As if these threats weren't enough, given the extremely limited range of Johnson's seagrass, this plant faces an even greater risk of extinction with the increase in hurricane activity due to global warming.