GIVE TODAY
All members of a red wolf pack help raise cubs. 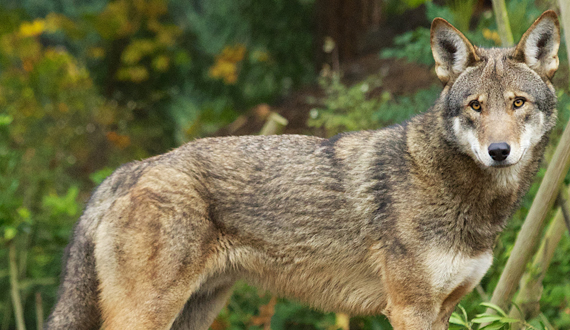 POPULATION TREND: Red wolves were declared extinct in the wild in 1980. In 1987 four captive pairs were released into the Alligator River National Wildlife Refuge in Dare County in northeastern North Carolina. The wild population steadily grew until 2006, when it reached its peak at 130 wolves, but then it began declining again. By 2019 there were only 14 wolves known to remain in the wild.