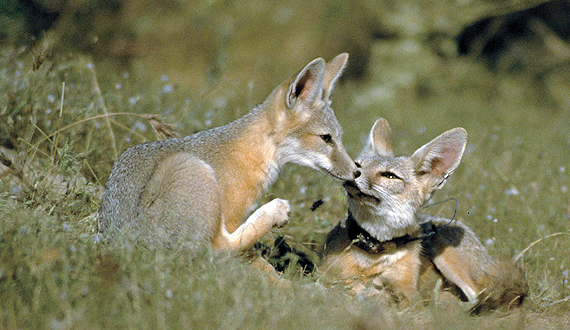 THREATS: Habitat loss and degradation, rodenticides and pesticides, and predation by, and competition from, coyotes

POPULATION TREND: The San Joaquin kit fox is declining. Due to large fluctuations in annual precipitation and prey availability, sizeable fluctuations in kit fox numbers may be natural for kit foxes living in a desert ecosystem — but even accounting for such annual fluctuations, the overall population had significantly declined by the time of Endangered Species Act listing and continues to do so.