GIVE TODAY
An abalone eats with its radula, a rough tongue with many sharp teeth. 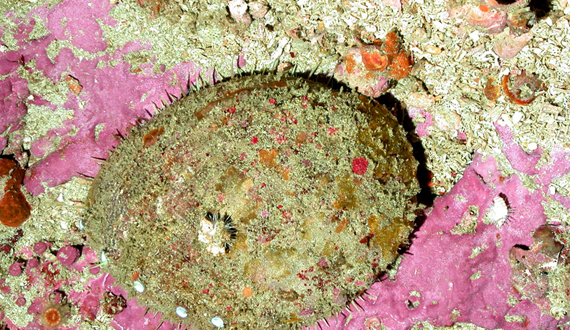 Hidden in cracks and crevasses off the coast of California, the white abalone avoided detection by commercial fisheries well into the 20th century. But once the harvest of this sticky-footed marine snail began, it was decimated in the blink of an ecological eye. Though it became the first marine invertebrate to receive endangered species protection, remaining abalone are today scattered too far apart from one another to successfully reproduce.

During the 1970s, California's Channel Islands were home to 5,000 white abalone per acre. Yet two decades later, surveys found fewer than one abalone in the same-sized area. The reason for the decline: commercial and recreational fishing.

California closed down abalone fisheries along its coast in 1997. The white abalone was designated as a candidate for listing under the Endangered Species Act the same year. Scientists predicted that the species would soon go extinct unless immediate action was taken.

In response, the Center filed a citizen petition with the National Marine Fisheries Service to list the abalone as an endangered species. In 2001, the white abalone became the first marine invertebrate to receive full federal protection.

MEDIA
Press releases
Search our newsroom for the white abalone