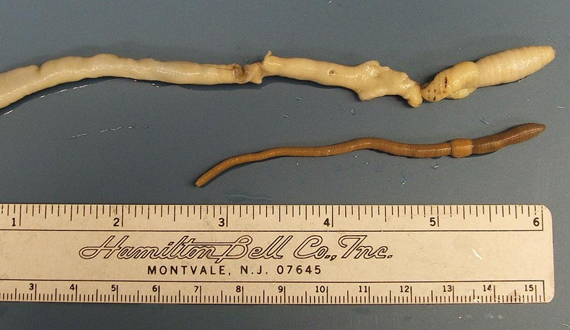 THREATS: Habitat loss due to agriculture and development, and the invasion of exotic species.

POPULATION TREND: The giant Palouse earthworm was described as “very abundant” in 1897, but today sightings are extremely rare. The first person in nearly two decades to report a sighting of the species was a University of Idaho graduate student conducting soil samples in 2005. Prior to this sighting, two specimens were collected in 1988 and one specimen was collected 10 years earlier. An indication of the species' rarity was documented by Fauci and Bezdicek in 2002, when they surveyed earthworms at 46 sites in the Palouse bioregion without a single collection of the giant Palouse earthworm.