GIVE TODAY
This beetle is one of the most formidable predators of the insect world. 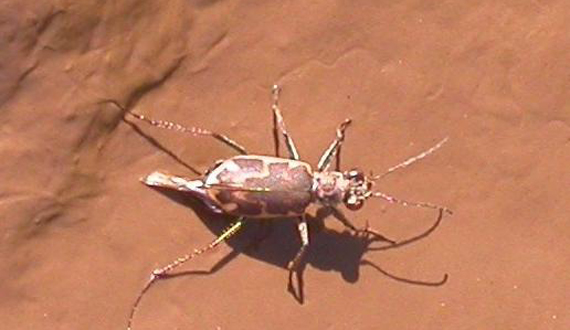 The Salt Creek tiger beetle lives mostly underground, periodically emerging from its burrow to await passing invertebrate victims — sometimes nearly as big as itself — and seize them with its massive mandibles, later dragging them down to devour. But while this beetle is one of the most formidable predators of the insect world, it's also one of the rarest insects in North America, adapted for the highly specific habitat conditions of eastern Nebraska's saline wetlands — which are being demolished by development nearly as fast as the tiger beetle consumes its prey. Only a few hundred individual beetles remain, in less than 10 percent of their original range. The tiger beetle is an indicator species for the health of its unique saline wetland habitat, which is also home to hundreds of bird species, including the piping plover and peregrine falcon, and which also serve as natural water filters and flood control agents.

To save the Salt Creek tiger beetle, listed as endangered in 2005, the Center is working to earn the best possible protection for the places it lives. Biologists have identified more than 36,000 acres that must receive federal protection if the insect is to survive and recover — but in 2010, the U.S. Fish and Wildlife Service set aside just 1,933 acres as critical habitat. We and allies sued the next year, and in June 2011 we reached a settlement forcing the Service to consider increasing protections for this beetle's unique wetland home. Frustratingly, in 2013 the agency proposed a new, even smaller designation of only 1,110 acres.