GIVE TODAY
This beetle lives only in the Algodones Dunes of Imperial County in California and northern Baja California, Mexico. 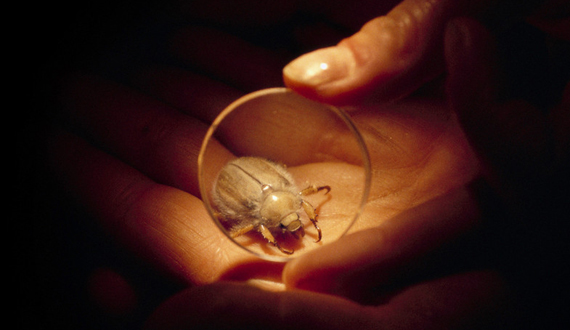 For no more than 30 minutes an evening, Andrew's dune scarab beetles emerge from the sands of the Algodones Dunes in southeastern California. In the fading twilight, between February and May, they congregate in small breeding clusters, then disappear again beneath the dunes' shifting sands. Over the past 30 years, off-road vehicle use has damaged the fine sands and sparse vegetation of their home.

Threats facing this beetle were first brought to the attention of the U.S. Fish and Wildlife Service in the late 1970s; the beetle was proposed for Endangered Species Act protection in 1978, when biologists noted that off-road vehicles disrupting the dunes interfered with the accumulation of dead organic material necessary for the beetle's survival. However, by October 1980, the Service had issued a notice to withdraw its endangered species proposal because final rulemaking hadn't been completed on time — essentially, the beetle was denied protection because the agency didn't meet required statutory deadlines, despite new scientific data indicating the need for the beetle's listing. Now, about 30 years later, the Service's failure to protect the species has resulted in federal land-management policies for the Algodones Dunes that don't address off-road vehicle impacts on the beetle and its delicate habitat.

In 2002, the Center submitted a petition to the Service for Endangered Species Act protection and critical habitat designation for the beetle. When the Bush administration failed to respond, we went to court in 2005 to fight for the beetle's protections. But in May 2006, the Service announced it wouldn't consider protection for the species. Despite this denial, the Center remains committed to seeking innovative ways to save this rare beetle, which lives nowhere in the world but the pure, golden sands of the Algodones Dunes.