GIVE TODAY
Rio Grande cutthroat trout have been replaced by nonnative trout throughout more than 90 perent of their historic range. 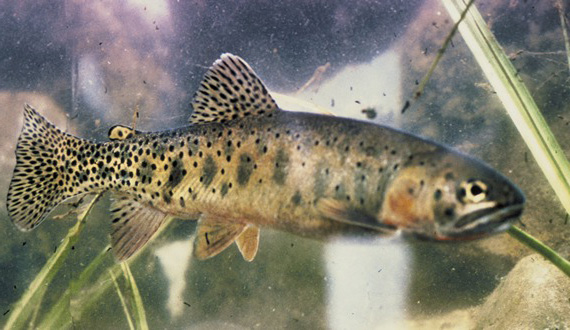 Large numbers of Rio Grande cutthroat trout once swam the cool, clear waterways of southern Colorado and New Mexico. Even famed conservationist Aldo Leopold — who condemned state and federal agencies' harmful fish-stocking practices — once recognized that New Mexico's streams teemed with beautiful, native trout. Yet the current generation of these red-bellied fish faces considerable threats with competition from nonnative species and pervasive livestock grazing hampering its chance at survival. Nowadays, New Mexico's official state fish inhabits less than 10 percent of its historic range — but the U.S. Fish and Wildlife Service has failed to provide any real protections to its dwindling populations.

The Center first petitioned to list the Rio Grande cutthroat trout under the Endangered Species Act in 1998. The Service responded that the trout was unlikely to become endangered and decided instead to rely on much weaker conservation measures. After we returned to court seeking to overturn the agency's decision, the Service announced that enough new information was available to reconsider our original request, eventually finding that the trout's situation warrants protection — but the agency merely put it on the “candidate” list. Our perseverance paid off in 2011 when we reached a landmark agreement with the Service to move forward on protection decisions for this fish and 756 other species. Under the settlement, a deadline for a listing proposal was set for 2014, but in that year the Service denied protection ot the fish. In response we sued the agency in 2016.