GIVE TODAY
Six of the eight populations of sturgeons are listed as endangered or threatened: the green, shortnose, Gulf, pallid, Alabama and Kootenai River white. 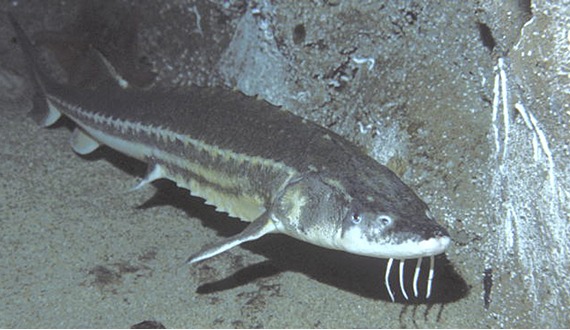 June 11, 2001 – With green sturgeon reproducing in only three remaining river basins, the Center submitted a formal listing petition for protection of the species under the Endangered Species Act. The National Marine Fisheries Service issued a finding that listing the green sturgeon might be warranted and initiated a status review.

June 2002 – The Service's status review for the species determined that there were two distinct northern and southern populations of green sturgeon.

2003 – The Service denied listing for both populations, despite the loss of spawning green sturgeon from between four and seven river systems. The Center filed suit challenging this decision.

2004 – The Center won a court order setting aside the flawed listing decision and requiring the National Marine Fisheries Service to publish a new one. The Court found that the agency had failed to address the decline and loss of sturgeon spawning populations in a significant portion of the species' range.

June 6, 2006 – The Service listed the southern green sturgeon population as a threatened rather than an endangered species, even though the estimated abundance in the Sacramento River had plummeted by 95 percent since 2001. An estimated 50 or fewer spawning sturgeon migrated to the Sacramento River. The northern population was designated as a species of concern, with no substantive protection.

April 17, 2007 – The Center filed a notice of intent to sue the agency for failure to designate critical habitat and implement protective regulations for the threatened southern population.

August 31, 2007 – The Service agreed to designate critical habitat for the southern population of the green sturgeon, as well as for three other marine species.

September 5, 2008 – Pursuant to the settlement that arose from our lawsuit, the National Marine Fisheries Service officially proposed critical habitat for the southern population.

May 21, 2009 – The Fisheries Service proposed regulations under the 4(d) section of the Endangered Species Act to protect the southern green sturgeon from “take” — that is, harm, harassment and killing — and other harmful activities.

October 8, 2009 – The Fisheries Service announced that 8.6 million acres of river, estuarine, bay and coastal marine habitat in California, Oregon and Washington would be protected habitat for the southern green sturgeon, including the sturgeon's only remaining spawning habitat in the Sacramento River. .

November 11, 2009 – The Fisheries Service announced it would develop a recovery plan for the green sturgeon.

April 13, 2011 – The Center took legal action to intervene in a federal lawsuit to fight efforts that would strip critical habitat protections for the Sacramento River population of the green sturgeon. On March 10, the anti-environmental Pacific Legal Foundation had filed a lawsuit on behalf of developers and corporations trying to eliminate federal habitat protections.

November 30, 2012 – A federal court upheld the designation of 8.6 million acres of critical habitat for the sturgeon in California, Oregon and Washington.