GIVE TODAY
The Gila chub occupies only about 10 to 15 percent of its historical range. 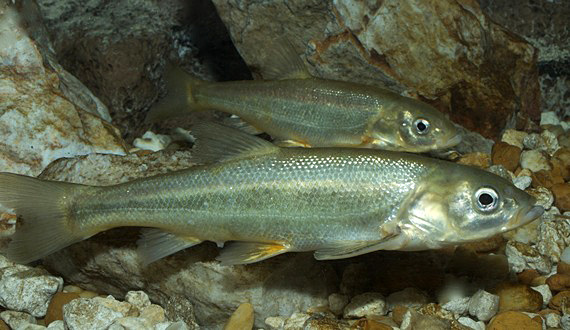 The Gila chub once benefited from the engineering feats of beavers living in the upper Gila River basin, whose dams created deep, slow-moving pools the chub loved. So in the late 1800s, when beavers were extirpated from much of the basin, the Gila chub was hurt too. Now, with added pressure from nonnative fish and bullfrog predation, habitat destruction, and water diversion, the chub struggles to survive in a small fraction of its old range.

In the early to mid-1800s, the human population increased significantly in southern Arizona, New Mexico, and northern Sonora, Mexico. This growth spurt brought mass livestock production and intensive agriculture; by the late 1800s, many southern Arizona watersheds were in poor condition due to livestock grazing, mining, hay and timber harvesting, and water diversion. Though the initial changes took place nearly a century ago, many of the fragile desert ecosystems haven't fully recovered, and some areas may never recover. The Gila chub has suffered in these degraded desert watersheds.

However, the 2005 critical habitat designation — an arbitrary and capricious decision made under former disgraced Interior Department official Julie MacDonald — reduced the protected area from the proposed 33,280 acres to an insufficient 25,600 acres. The Center filed a notice of intent to sue over this and 54 other politically tainted decisions in 2007.

MEDIA
Press releases
Search our newsroom for the Gila chub