GIVE TODAY
Spawning of Devils River minnows has been observed to last less than a second. 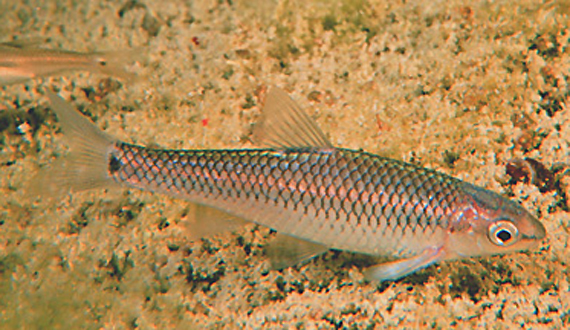 In just about 50 years, the Devils River minnow has gone from being one of the most abundant native fishes in southern Texas to one of the rarest fishes in the world. Requiring clean spring waters for survival, populations of this tiny, shiny minnow have declined drastically as stream modifications and pollution have increased. Sadly, the fish has even been eliminated from the upper and lower portions of its namesake — the Devils River. The Devils River minnow is part of a unique fish fauna in the area where the Chihuahuan Desert, Edwards Plateau, and South Brush Texas ecosystems join. Badly hurt by human water use and introduced species, half the native fishes in this region are considered imperiled, and four species have already gone extinct.

Although first proposed for endangered status under the Endangered Species Act in 1978, the Devils River minnow wasn't listed until 1999 — at which point it earned only threatened status and was given no habitat protections. The U.S. Fish and Wildlife Service's final recovery plan for the minnow, approved in 2005, relies exclusively on voluntary measures for the species' protection and is insufficient to prevent the fish's extinction, much less promote its recovery.

Shortly after the minnow's recovery plan was approved, the Center, Forest Guardians, and Save Our Springs Alliance filed a lawsuit against the Service to challenge the minnow's lack of designated critical habitat, as well the fact that it has been granted only threatened — rather than endangered — status. We continue to work for river protection to save the habitat of the Devils River minnow and many other imperiled species.