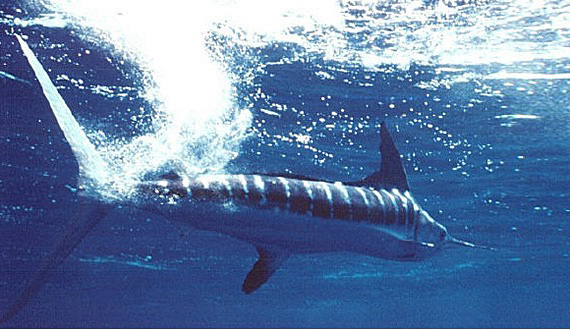 2001 – The Biodiversity Legal Foundation, which would later be absorbed into the Center for Biological Diversity, filed a petition to list the marlin under the Endangered Species Act.

January 14, 2004 – The Center filed a lawsuit against the National Marine Fisheries Service for refusing to list the Atlantic white marlin as an endangered species, despite findings by the agency's own scientists that marlin harvest levels were unsustainable. The Service had previously responded to the petition by determining that protection was “not warranted.”

2005 – The Center's lawsuit ended with an agreement requiring the Service to assess whether it needed to reconsider the marlin for Endangered Species Act protection.

December 10, 2007 – A new status review of the Atlantic white marlin was completed.

January 4, 2008 – The National Marine Fisheries Service again annnounced that listing of the Atlantic white marlin was "not warranted."