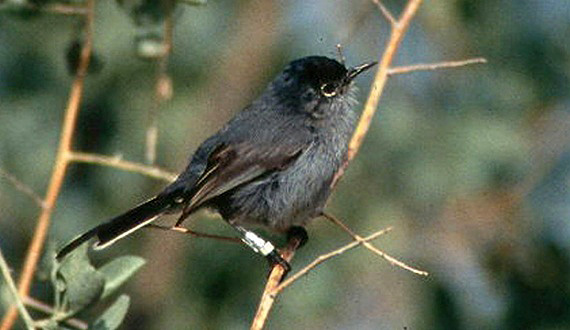 POPULATION TREND: Coastal California gnatcatchers have experienced widespread habitat destruction. By 1997, no more than 2,900 pairs remained in the United States; gnatcatchers and coastal sage scrub were devastated in the 2003 and 2007 Southern California firestorms.