GIVE TODAY
Xantus's murrelets' eggs weigh a quarter of the mother's total body weight, which is the largest parent to egg size ratio of any bird. 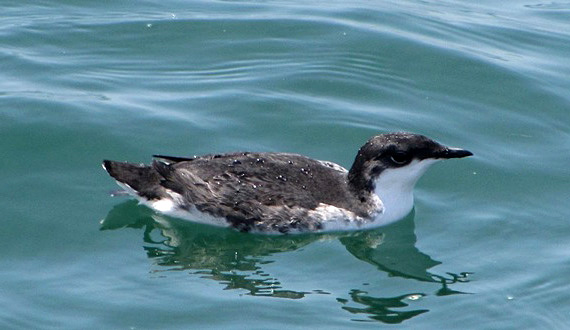 PROTECTION STATUS: Not listed; candidate only

POPULATION TREND: During the last century, the already small range of the Xantus's murrelet shrank as populations were extirpated from several locations. Today, murrelets nest on only 12 islands scattered along 500 miles of coastline. Human activities continue to threaten the remaining population, estimated at 8,000 to 18,000 breeding birds worldwide.