GIVE TODAY
Only six birds of this subspecies have been spotted in recent years. 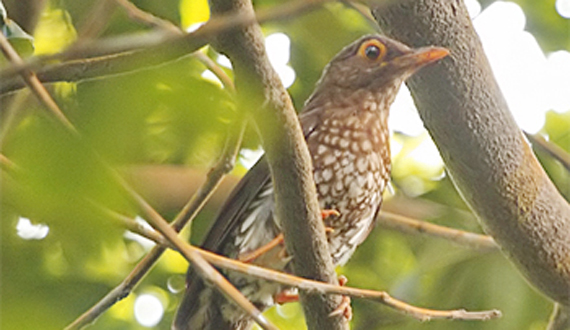 The St. Lucia forest thrush is a subspecies of the forest thrush endemic to the small, lush Caribbean island of St. Lucia. The primary threat to this bird is habitat loss: The remaining forests on St. Lucia's public lands have been subject to large-scale deforestation, and nearly half the natural forest on St. Lucia is privately owned, leaving these birds highly vulnerable to timber harvest, farming and development — and rapidly in decline. This isn't the first time we've seen island birds pushed to the brink of extinction. Not too long ago, the Grand Cayman thrush, a close relative of the St. Lucia forest thrush, went extinct as the species vanished right along with its habitat.

Thanks to years of litigation by the Center, in 2010 the U.S. Fish and Wildlife Service announced it would list the St. Lucia forest thrush as endangered under the Endangered Species Act.