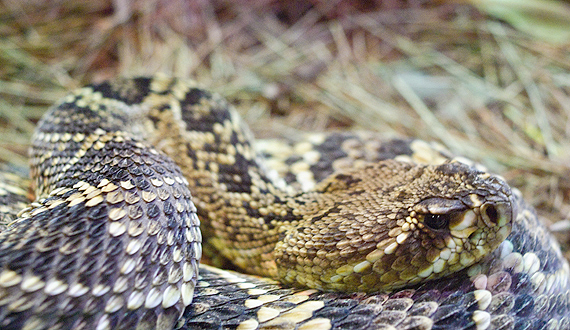 September 2009 – A study showed rattlesnake roundups to be depleting populations of eastern diamondbacks in the southeastern United States.

March 3, 2010 – The Center and allies wrote to Georgia Attorney General Thurbert Baker, urging the state to investigate the extent of gassing and destruction of gopher tortoise burrows to collect snakes for rattlesnake roundups.

January 25, 2011 – The Center and allies sent a letter to law-enforcement officials in Grady and Evans counties, Georgia, calling for the enforcement of state wildlife laws at rattlesnake roundups.

April 5, 2011 – We and our allies sent a letter to the Georgia Department of Natural Resources denouncing a state wildlife-exhibition permit issued for the Claxton Rattlesnake Roundup held on March 12 in Evans County.

May 9, 2012 – In response to our petition, the U.S. Fish and Wildlife Service announced  that the eastern diamondback rattlesnake might qualify for Endangered Species Act protection.

January 29, 2013 – When the Service failed to move forward, the Center filed a formal notice of intent to sue the agency for its failure to protect the eastern diamondback rattlesnake.