In Arizona and New Mexico, nearly 90 percent of riparian wetlands -- the snake's main habitat -- have been lost. 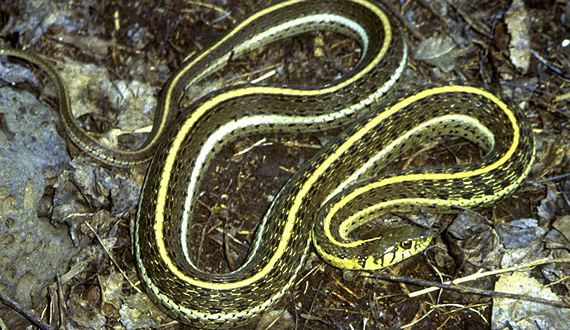 Oases in the desert, Southwestern streams are among the most delicate ecosystems on the planet. In these shallow, ephemeral waters, species like the Mexican garter snake once carved out a precarious existence. But these highly adapted, rare animals are no match for pumping, livestock grazing, and flood control, which have all but dried up most desert rivers. And voracious exotics like bullfrogs, which eat the snakes, have added to the species' woes.

The Center launched its campaign to protect Mexican garter snakes under the Endangered Species Act in 2003. After the U.S. Fish and Wildlife Service failed to respond to our petition to add garter snakes to the endangered species list, we took the case to the courts and reached a settlement agreement requiring a decision from the agency. When the agency then ruled to deny the snake protection, the report accompanying the decision paradoxically recognized that the snake was declining, severely threatened, and extirpated from 85 to 90 percent of its U.S. range. So in 2007 the Center filed suit against the Service to overturn the decision denying the snake protection. In 2008 the Service once again denied the species federal safeguards, making it a mere “candidate” for protection.

Fortunately, in 2011 the Center reached a landmark agreement with the Service compelling it to move forward on protections for this snake, plus 756 other species that couldn't wait for protection decisions much longer. And in 2014, Mexican garter snakes were finally listed as "threatened" under the Endangered Species Act.

We're still fighting on behalf of these rare snakes from threats like development, groundwater withdrawal and grazing.

OUR WORK
Read our press releases on actions for Mexican garter snakes.