GIVE TODAY
Unlike most plants, which have both male and female flowers, the San Bernardino bluegrass is dioecious --- some plants are distinctly and exclusively female, while the rest are strictly male. 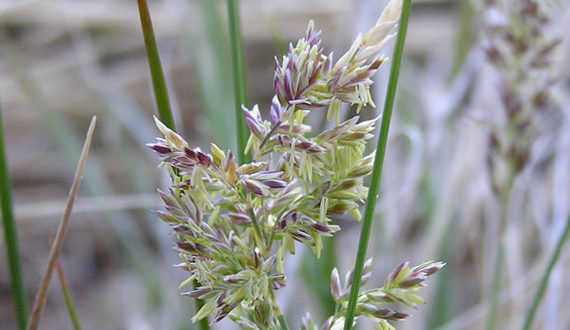 The San Bernardino bluegrass is a perennial bunch grass that grows in high-elevation, wet meadows in the San Bernardino, Laguna, and Palomar mountains, where it sways gracefully in the breeze. Its unobtrusive flowers lack petals, but it stands out in the plant world for its unusual reproductive strategy. Unlike most plants, which have both male and female flowers, the San Bernardino bluegrass is dioecious — some plants are distinctly and exclusively female, while the rest are strictly male. Under different circumstances this tactic would be a boon to the species, since it requires cross-pollination and thereby increases genetic diversity, but when coupled with the myriad threats this plant faces, putting all of your eggs in one basket — or flower — is a risky proposition.

Despite listing the bluegrass as an endangered species in 1998, the U.S. Fish and Wildlife Service didn't bother to protect habitat vital to the plant's recovery, so in 2004 the Center filed suit to compel the agency to obey the law and designate critical habitat. In response, the Service proposed protecting more than 3,000 acres of bluegrass habitat — but its final decision in 2008 slashed 500 acres from that number.

As the second-largest urbanized region in the United States, Southern California has few remaining wild places, and those left are at risk as civilization edges closer. Even in its high-elevation home, the San Bernardino bluegrass is under siege by off-road vehicle traffic, grazing, road development, and invasive plants. The moist, high mountain meadows inhabited by this unassuming bluegrass are Southern California's lifeblood, and protecting them would seem to be common sense. By shrinking the area of protected land, the Fish and Wildlife Service missed an opportunity to help safeguard not only the San Bernardino bluegrass, but also the water supplies of California's thirsty, ever-growing cities.