When feeding, these bats can catch insects in the air as often as every 2 seconds and increase their body mass by 25 percent in only half an hour. 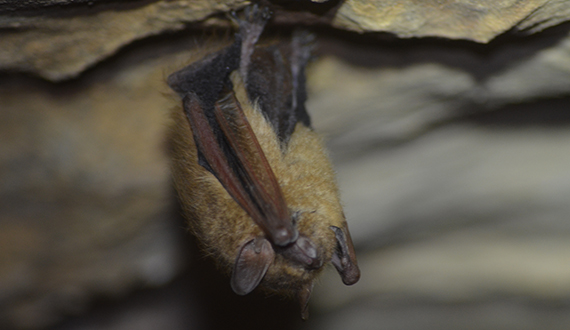 White-nose syndrome — a devastating disease that is wiping out North American bat species — is the greatest and most immediate threat to the survival of tricolored bats. Infected populations have experienced 75 percent to 100 percent mortality rates as the epidemic continues to spread across the country. These bats' long hibernation periods and selection for the very back of caves, and other shelters where environmental conditions favor disease transmission, may make this species exceptionally susceptible.