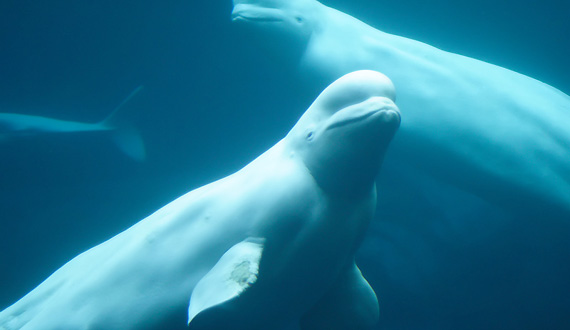 Like the legendary Moby Dick, the full-grown beluga whale is snowy white. Yet unlike Herman Melville's mostly fictitious albino sperm whale, which had only Captain Ahab to deal with, the beluga swims in an ocean chock-full of dangers such as pollution, oil drilling and global warming. The isolated Cook Inlet beluga whale population must also contend with the increasingly perilous and industrialized waters near Anchorage, Alaska's fastest-growing city. 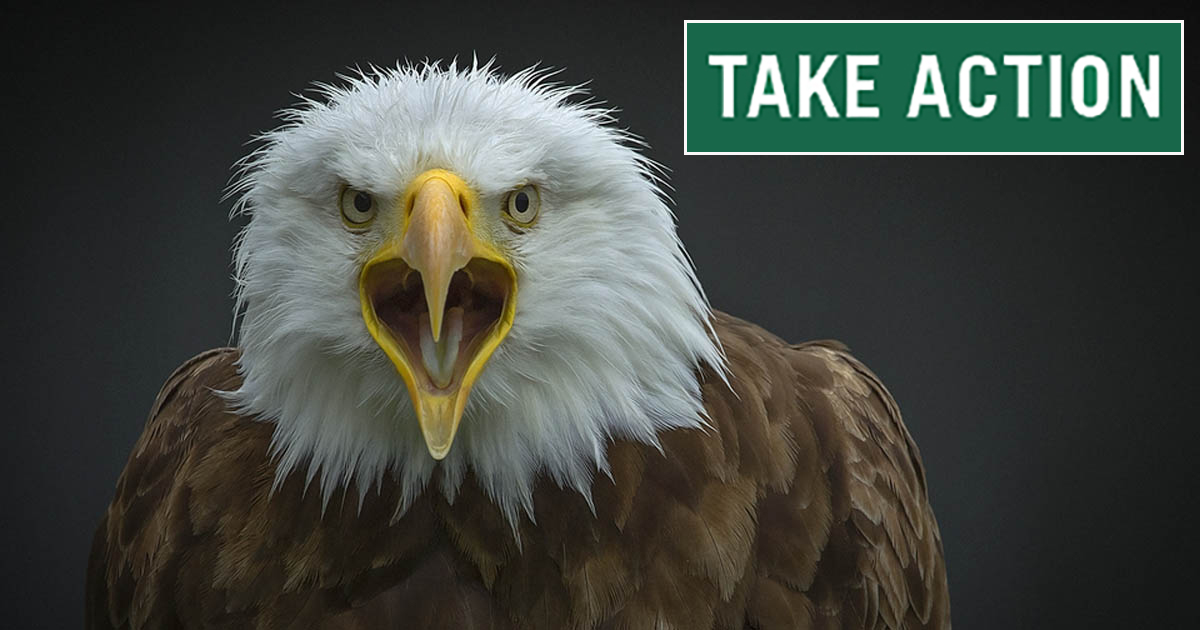 The Trump administration just ripped apart the Endangered Species Act. We need your help fighting back.

Belugas are small whales, measuring up to 15 feet long with a maximum weight of 3,000 pounds. They're bigger than all but the largest dolphins and smaller than most other toothed whales. At birth, beluga whales are five feet long, roughly 100 pounds, and dark blue-gray in color. Unmistakable as adults, their color lightens to white, and they have a dorsal ridge rather than a fin. Belugas have ornately curved tail fins, broad, short flippers, and a soft, bulbous head.

Numbering 1,300 individuals as recently as the 1980s, the geographically isolated and genetically distinct beluga whales in Cook Inlet, Alaska,could be readily seen from shop windows and restaurants in downtown Anchorage. The population declined precipitously in the 1990s, and the National Marine Fisheries Service falsely predicted that the Cook Inlet beluga whale population would rebound once hunting was restricted. Due to threats like oil and gas development, gillnets, ship traffic, sonar devices, global warming (and so much more), only 300 to 400 of these whales likely remain today.

In 1999, the Center — along with seven allies — submitted the first petition to protect the species under the Endangered Species Act. Finally, in response to a 2006 citizen petition by the Center and partners, the Fisheries Service proposed in 2007 to list the Cook Inlet beluga whale as an endangered species — and then received more than 150,000 public comments in support of endangered status for the whale. After the Center and allies sued to speed a response in summer 2008, the Fisheries Service put the Cook Inlet beluga on the endangered species list, and in November 2009 — after a notice of intent to sue for inaction from the Center — the agency proposed to designate almost 2 million acres of critical habitat for the whale. Despite objections from the state of Alaska, this habitat was finalized in 2011. When Alaska filed suit challenging the white whale's Endangered Species Act status, we fought back — and won in 2011. Two years later, after a suit by the Center and allies challenging a federal permit issued to Apache Alaska Corporation to allow oil and gas exploration in Cook Inlet, a U.S. district judge ruled that the National Marine Fisheries Service's decision violated three federal statutes, including the Marine Mammal Protection Act and Endangered Species Act.

The Fisheries Service finally published a recovery plan for Cook Inlet belugas in 2017. But now the whales are (again) under immediate threat from offshore oil and gas development.