A nautilus can completely hide itself in its shell by blocking the opening with a leathery hood formed from two specially folded tentacles. 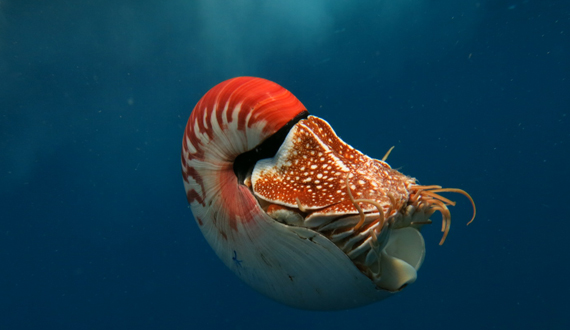 The Center, with the support of members of the scientific community who are working on the chambered nautilus, in 2016 petitioned the National Marine Fisheries Service to protect the chambered nautilus under the Endangered Species Act. In response to our petition, in 2018 the agency protected the nautilus as threatened.

The greatest danger to this unique species' continued survival is overfishing. Other ongoing and growing threats include habitat degradation, climate change, and life-history characteristics that render the nautilus particularly vulnerable.

Check out our press releases to learn more about the Center's actions to save the chambered nautilus.