GIVE TODAY
The eggs of Riverside fairy shrimp are extremely hardy, encased with a thick, protective shell that lets them withstand long dry periods and extreme temperatures. 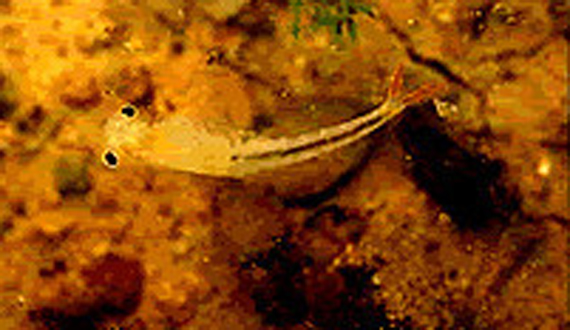 Though tiny and delicate looking, Riverside fairy shrimp are spectacularly adapted to living in vernal pool habitats, able to hatch, grow, breed, and lay eggs in a single wet season — usually only three to four months long. Their eggs are extremely hardy, encased with a thick, protective shell that lets them withstand long dry periods and extreme temperatures, hidden dormant in the soil until adequate rainfall give them a proper pool to hatch in. But what happens when the fairy shrimp's unique home turf is paved over, farmed on, or churned up by vehicles' wheels? Its populations plummet. Now, even this tough little crustacean can't withstand human impacts much longer.

Because the Riverside fairy shrimp's vernal pool habitat occurs on relatively flat land, it's highly desirable for agriculture and housing development. In fact, of the four remaining pools supporting the fairy shrimp in Riverside County, only one is larger than an acre in size — and it lies directly within a planned development. Another pool is within an already-approved housing-development tract, and a third is on a parcel that has been proposed for development, adjacent to a golf course as well as a highway. And now, with the looming threat of global climate change and decreased rainfall predicted for southern California, not only the Riverside fairy shrimp but a suite of rare vernal pool species — as well as vernal pools themselves — could slip into extinction.

Despite the dangers of the fairy shrimp's past and ongoing habitat loss, the U.S. Fish and Wildlife Service declined to designate critical habitat until the Center had filed suit and eight years after the species' listing — at which point little more than half the acreage originally proposed was actually finalized. This critical habitat designation went counter to the Service's own recovery plan, failed to protect currently occupied pools threatened with development, and excluded virtually all wetlands on the Marines' Camp Pendleton and Miramar military bases, which threaten the shrimp with their activities. In 2005, the Service illegally and without explanation slashed critical habitat even further from 6,870 acres to a mere 306 acres — a 96 percent reduction. This decision contradicted the species' recovery plan, scientific peer reviewers, and Service biologists.

In 2009, the Center filed suit to overturn the Bush administration's 2005 critical habitat reduction — and in 2012, the Fish and Wildlife Service finalized a decision granting the species 1,724 protected acres: a nearly fivefold increase over the 2005 acreage. Earlier Center work for the invertebrate includes our 1997 suit, filed with allies, against Steven Spielberg's cronies to stop a massive development called “Dream Works' Playa Vista” planned for one of Los Angeles' last remaining wetlands and Riverside fairy shrimp habitat. We continue to help the fairy shrimp by defending California wetlands against urban sprawl, overgrazing, off-road vehicles and other threats to nature.