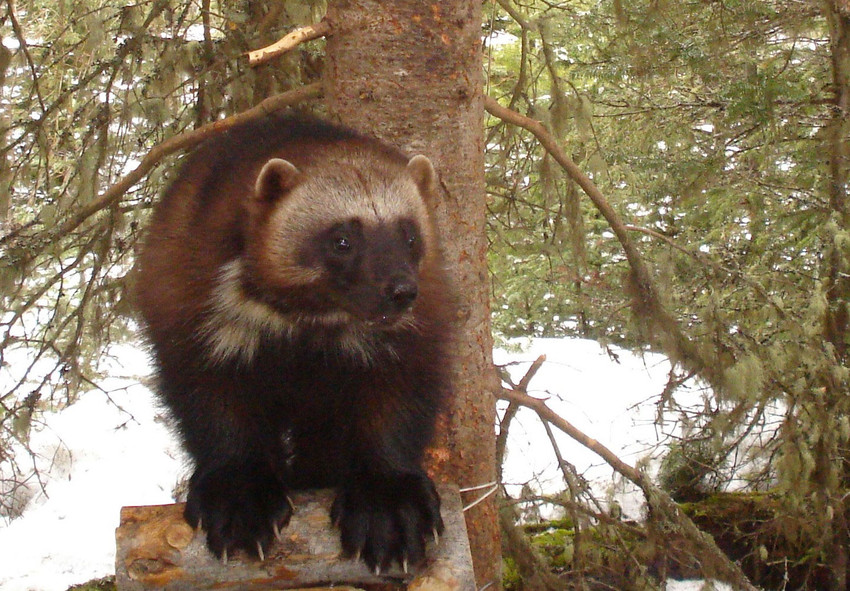 FPWC: Full permission to use anytime with credit

OK for Media Use?

The wolverine, the largest land-dwelling species in the mustelid family, is famous for its daring and tenacity â€” itâ€™s been known to prey on animals as big as moose, and many stories tell of mountain lions, bears and wolves retreating from their kills at a wolverineâ€™s approach. Unfortunately, in the contiguous United States, this tough scavenger-predator is barely holding on. Trapping and habitat loss have been dramatically shrinking its populations for more than a century, and now itâ€™s faced with new human threats like snowmobiles tearing through its habitat and, worse, global warming threatening the deep snow it relies on for life activities from travelling to denning and raising kits.

Yet the federal government has repeatedly refused to protect the wolverine, first denying proof of its peril in the lower 48 states and then declaring that, while the animal may be imperiled here, it doesnâ€™t need to be listed under the Endangered Species Act because wolverine populations in Canada are still stable. Like many other species, from the cactus ferruginous pygmy owl to the Mexican garter snake, the American wolverine has been denied the protection it needs simply because its peers across the border are more widespread. In September 2008, the Center and nine allies sued the U.S. Fish and Wildlife Service for deciding not to protect the wolverine and letting political considerations â€” such as the implications of protecting another global warming-threatened mammal â€” win out over scientific findings on the animalâ€™s danger. Nine months later, the Service agreed to re-examine the wolverineâ€™s situation, but in December 2010 merely put the mammal on the candidate list, to await protections indefinitely.

In July 2011 the Center reached a landmark settlement with the Service compelling it to move forward on listing 757 species, including the wolverine, whose final decision is expected in 2014.